This post was most recently updated on April 13th, 2018

The outside existence is a world stage. The world stage is a space, where different actors emote their expression in the world.

Inside you, there is a mini world stage or an inner space that allows the dreams, desires, relationships, emotions, fear, anxiety, procreation to develop and later it becomes the expression of the physical world. The outside world is the physical form of the subtle world.

You are that “I” in you, that relate itself with everything that exists in his inner as well as the outer world. The subtle world you hold inside happens in the inner space or the mini world stage, that exists in you.

The inner space in you holds the drama of the subtle world. This subtle world further creates the world of a physical form in the outside existence. The earth is not affected by the manifestation of things on the existence.

ALSO READ: Rather to Struggle Outside, Organize Your World Inside.

The innermost space of the inner world remains untouched by any activity that happens in both the subtle as well as the physical world. The inner space is realized when you drop all the physical and subtle world from your mind, and look for beyond.

Nothing is real or illusion on this earth, unless it becomes the part of your experience. When you measure physical thing, all the matter is real, and when you observe the subtle world, you can find the source of the physical form, in the subtle world.

The spiritual path is to bring you closer to the reality. That doesn’t mean what you see with your senses are not real, but the higher reality does exist, that gives you the better perception of the physical world.

The existence supports all forms of life on earth. In a similar way, the inner space is connected with the life’s energy and supports both the internal as well as external reality.

The images and thoughts of the subtle world need the energy to manifest them in the physical world. When you relate yourself with the space in you, you see the manifestation of your world from subtle to the physical.

ALSO READ: Hold onto the Highest Thoughts, to Manifest into Your Life

The personal identity of a person changes, as he grows and evolves with life. When you look at the world only with the physical form, you relate yourself to the name and physical appearance.

As you grow and evolve with life, your center point changes from your physical appearance to your feelings and emotions. When you relate yourself with the physical body, you hold the same perception about the world and you create the similar life around you. As you move from the matter and connect with your emotions, your physical identity moves towards the subtle world.

The scientist or the scholars don’t relate themselves with the physical body, but they evaluate themselves on the basis of the intellectual skills.

Every human has a deep desire to know himself, and the life on earth. The person with little intelligence, start questioning his existence and the purpose of his life.

The Essence of Self-Realization

When you look for the understanding in life, you start to develop better perspective towards life.

The journey of life is from the attention on the outside existence to the inner sacred space, and it doesn’t stop there, as more mysteries are revealed with the inner space. If you notice, you see the support of existence at every step. The nature of outside existence is to support life on earth.

If the senses have to be believed, the physical world is a reality in a form of matter.

When the sages have touched the higher realm, they have negated the physical existence to make people aware of the higher world. They wanted them to search for something higher than what already exists in a physical form.

The higher reality exists in terms of perception beyond the physical reality. Life evolves with the perception.

The Transforming Power of Your Attention

At the highest experience, you see the entire existence in your perception. The whole process of life exists in you. In fact, your life unfolds according to the process of life.

You don’t have to go anywhere to realize the truth, but more you move inward, deeper the truth will be revealed to you. The life exists only in the mind. The whole universe and the cosmic universe exists in the mind. There is a way to shift beyond the mind.

The way to life is from inside. You can know, anything about life, but the way is inside. Your intent to move inward allows you to initiate the journey. When you take the inward journey, you don’t have to do anything, but your role remains to be present with life. Your presence itself will know the secrets of life.

ALSO READ: The state of Awareness is Pure Presence in the Moment

You are the presence of your mind.

The hardest thing in life is the act of non-doing. The action is easy, but non-action is difficult. It’s easier for everyone to do something or the other, but do nothing absolutely nothing, becomes the huge task for everyone.

The truth of life is revealed not at your busiest hours, but the truth is revealed, when you are absolutely still in the moment. The whole existence is available to you, but to experience the existence, you have to learn the art to remain still.

Awaken the Giant Within 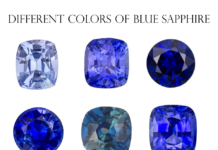 A Comprehensive Guide on the Beautiful Blue Sapphire

How To Become Psychic? 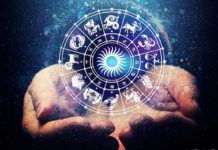 How to Solve Issues with Astrology Predictions?

Now Translate the Blog in your Language

What is Life-Cycle, and how to Break the Life-Cycle?

The Life that Starts at 3.0 a.m. (Brahmakumaris Ashram)

The Experience of the state of Pure Consciousness

Your Eyes Show the Strength of Your Soul

This site contains Amazon affiliate and Google Adsense Links that generates commission for us, that helps us to keep site up and running.